Hey, thanks for stopping by.

If you are seeing this, I assume you are at least somewhat interested in learning something about me so here are the essentials.

I'm an academic originally from Porto, Portugal, but currently based in Newcastle-Upon-Tyne, a vibrant city in northern England.

My academic research is focused on literary translations made during the early modern period (roughly equivalent to the Renaissance, or 1500-1700, though the boundaries shift depending on who you ask). My main area of focus is in translations into English, particularly from Portuguese and other romance languages. In fact, I wrote a whole book about one specific translation, Sir Richard Fanshawe's version of Os Lusíadas, originally written by the Portuguese poet Luís de Camões.

I also work in Digital Humanities, a large and amourphous research field, which is interested in using, experimenting, and generally playing around with digital technologies for research in the humanities.

I didn't set out to become a digital humanist, but such is life. Before starting my humanities undergraduate degree, I worked with computers for a living, as a software developer for small company. I went on to start, but not finish, a degree in Computer Engineering, before shifting my focus to the humanities. Years later, my two main interests have married, and I am now working and researching at the intersection of literary studies and digital technologies.

In my free time I still like to play with computers in a more technical way, which goes some way to explain the existence of this website and why I decided to build it completely from scratch. Who needs Wordpress anyway? I have been known to tinker with electronics (there is an Arduino board somewhere in my study to attest to that) but mostly, whenever I am not working, I am taking photographs. As any good amateur photographer, a significant portion of my website is dedicated to my artistic attempts.

There is more information about each one of my main areas of interest below, plus the usual links to various forms of social media. Feel free to get in touch. Thanks for stopping by.

My research can be divided into three main areas: early modern translation, digital textual editing, and computerised textual analysis. Divisions like this are, of necessity, artificial, and artificially delimiting the actual content of my research. These three areas of interest intersect at all points and, although I have divided them here for convinience, I don't think of any of these areas as divorced from the others.

My early modern research is focused on the literary production of the English civil war, Interregnum and early Restoration (c. 1642-1666). In broad terms, I am interested in literary work that engages with the political context and, specifically, with the political uses of translations from contemporary continental authors into English. Broader interests include translation theory and practice, and personal writing (diaries, memoirs, autobiographies) in the early modern period.

Research into digital textual editing is based on the practical use of TEI for early modern scholarly editions. I am also interested in the automation of editorial tasks, and the streamlining of TEI encoding for editors without technological backgrounds. I have taught several TEI workshops and I am currently one of the co-managing editors of the jTEI

My interest in textual analysis is quite broad, from the use of traditional statistical methods over large corpora to investigate trends over time, to multilingual analysis based on comparable corpora and metadata. Recently, I have been exploring the uses of Artificial Intelligence for research in literary text.

Projects is an amourphous category. It is mainly comprised of projects I have worked on in a professional capacity (as an academic, working for Newcastle University and ATNU), but also includes projects I have been thinking about, developing, and implementing on my free time, sometimes connected to my research, others just as an exercise of my interests. 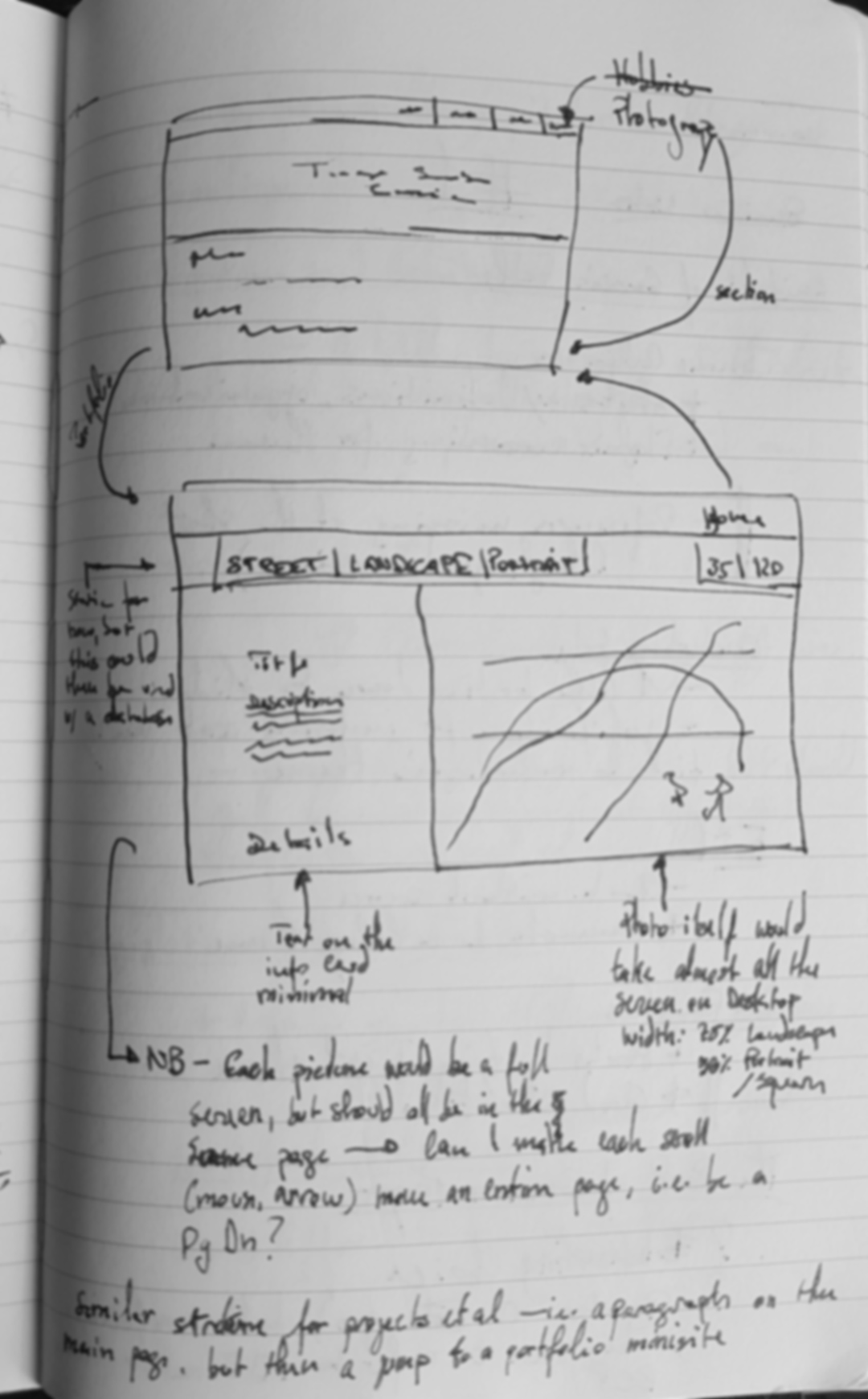 A static personal website, written from scratch in HTML and CSS. 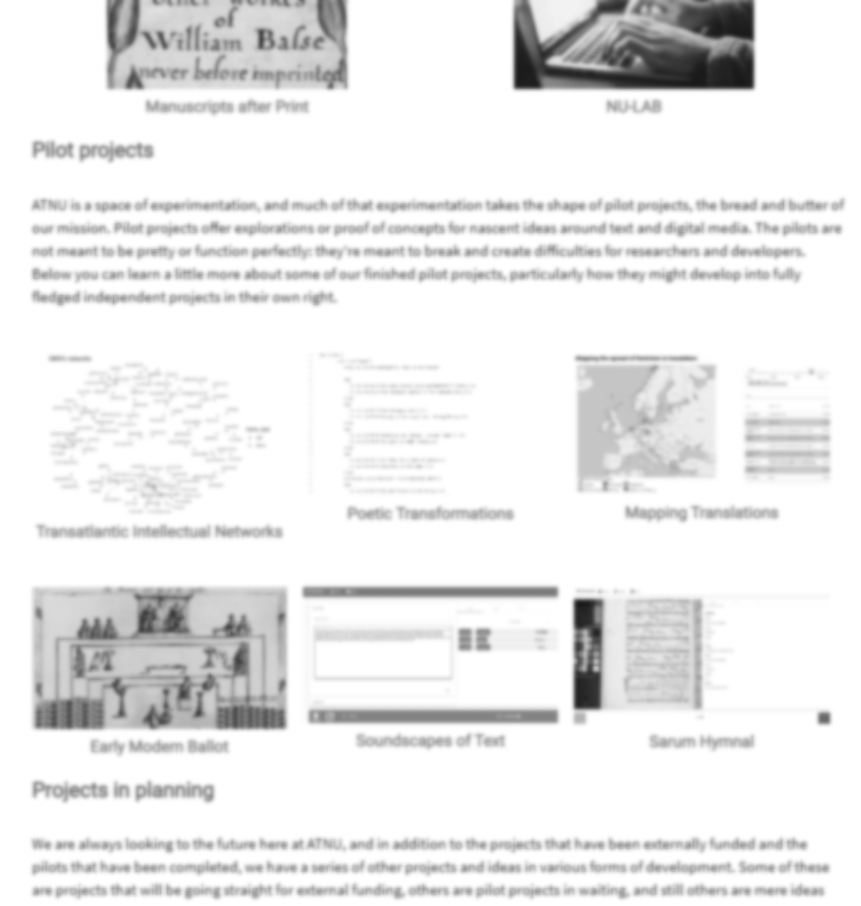 A collection of small pilot projects in which I participated during my time with ATNU. 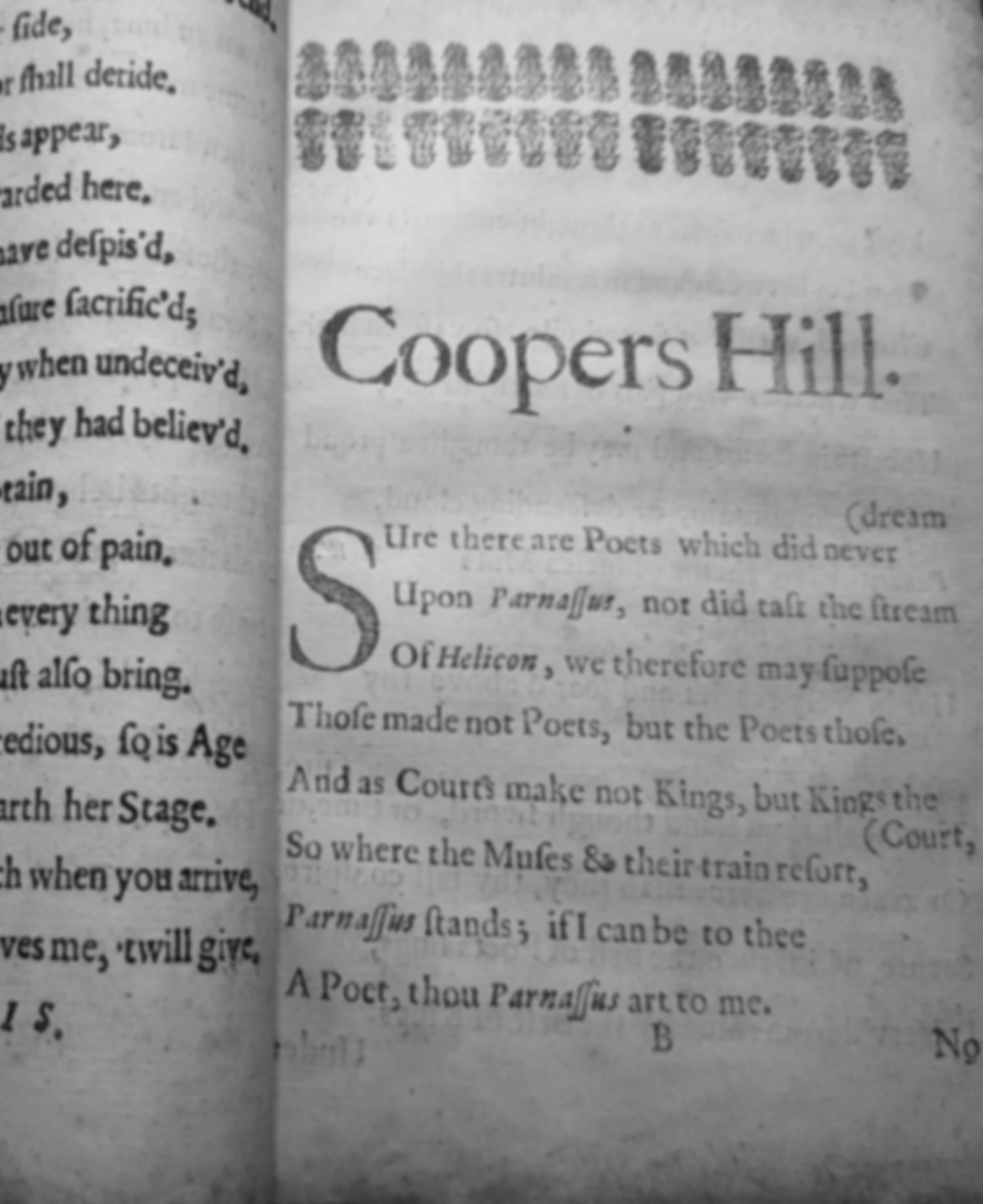 An ATNU pilot project that allows editors to upload transcriptions of witness for automated collation.

A small pilot project that allows children and young people to co-write a short story with a text-generating AI. 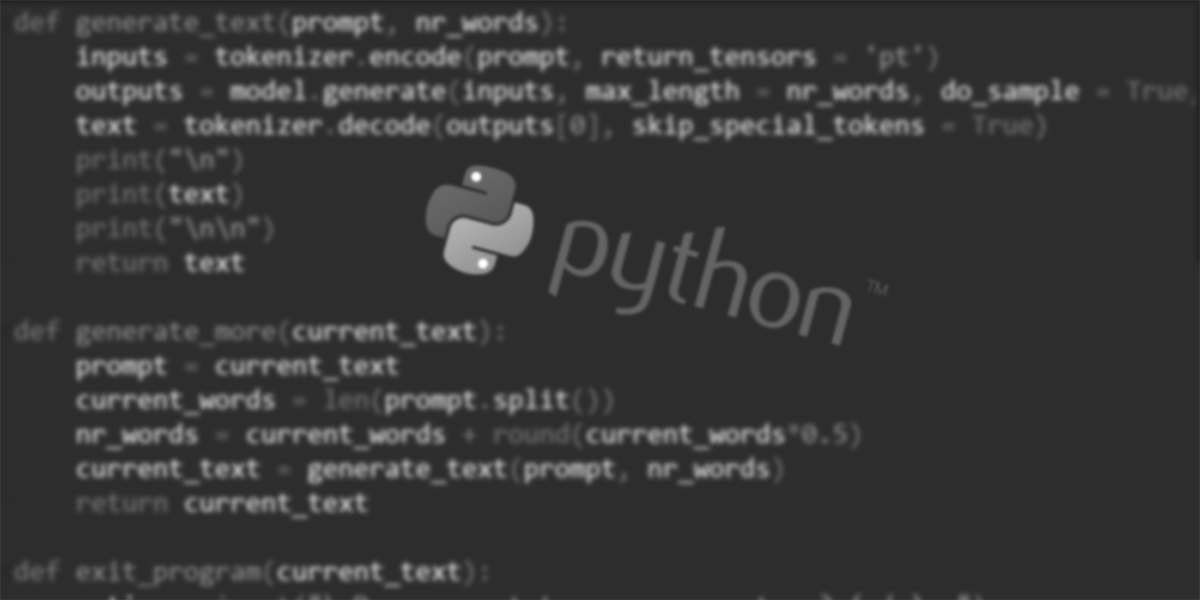 A research network that brings together early modernists, digital humanists, and computer scientists to investigate the role of AI in literary studies. 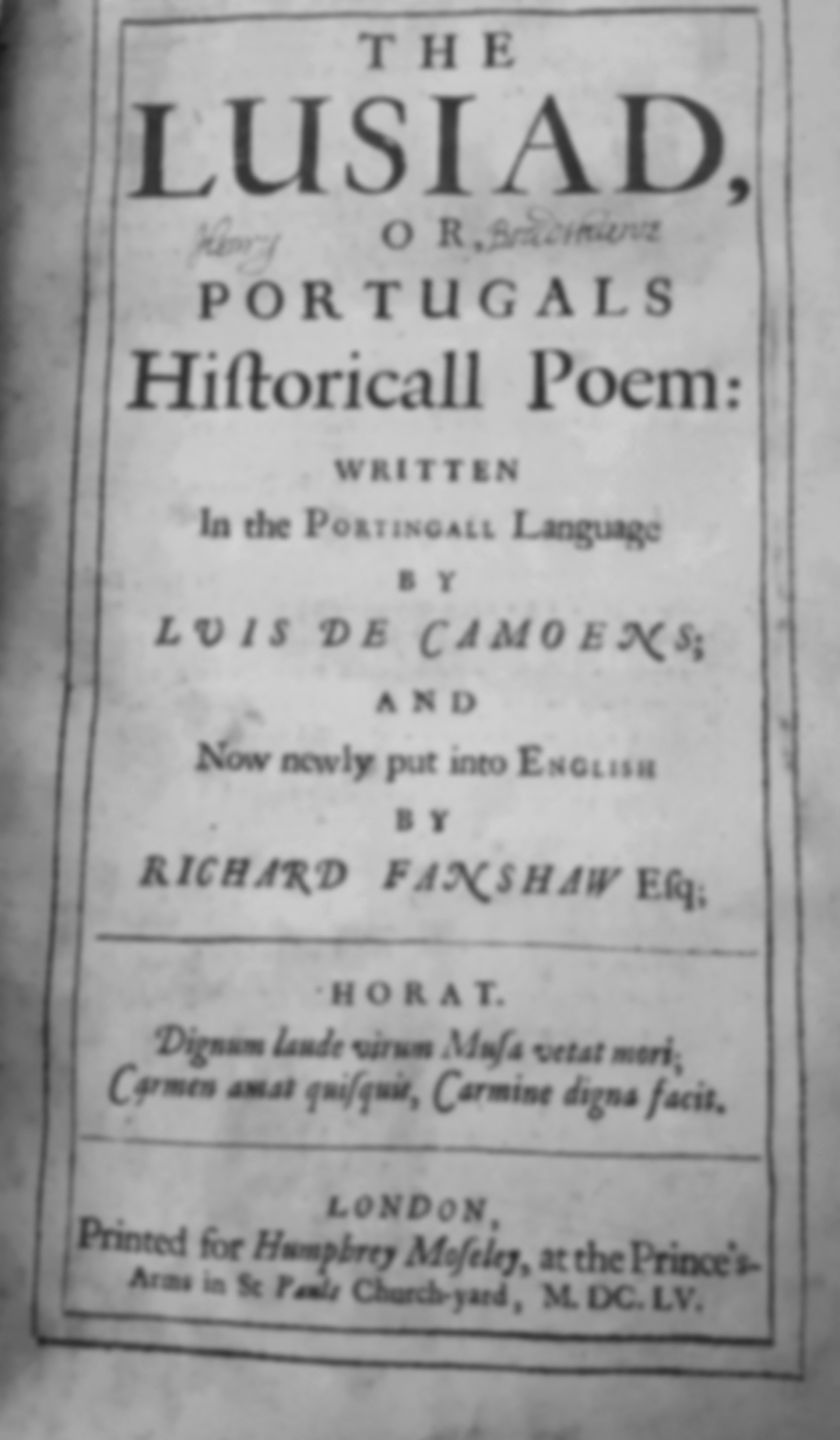 An edition of The Lusiad, translated by Sir Richard Fanshawe in 1655. 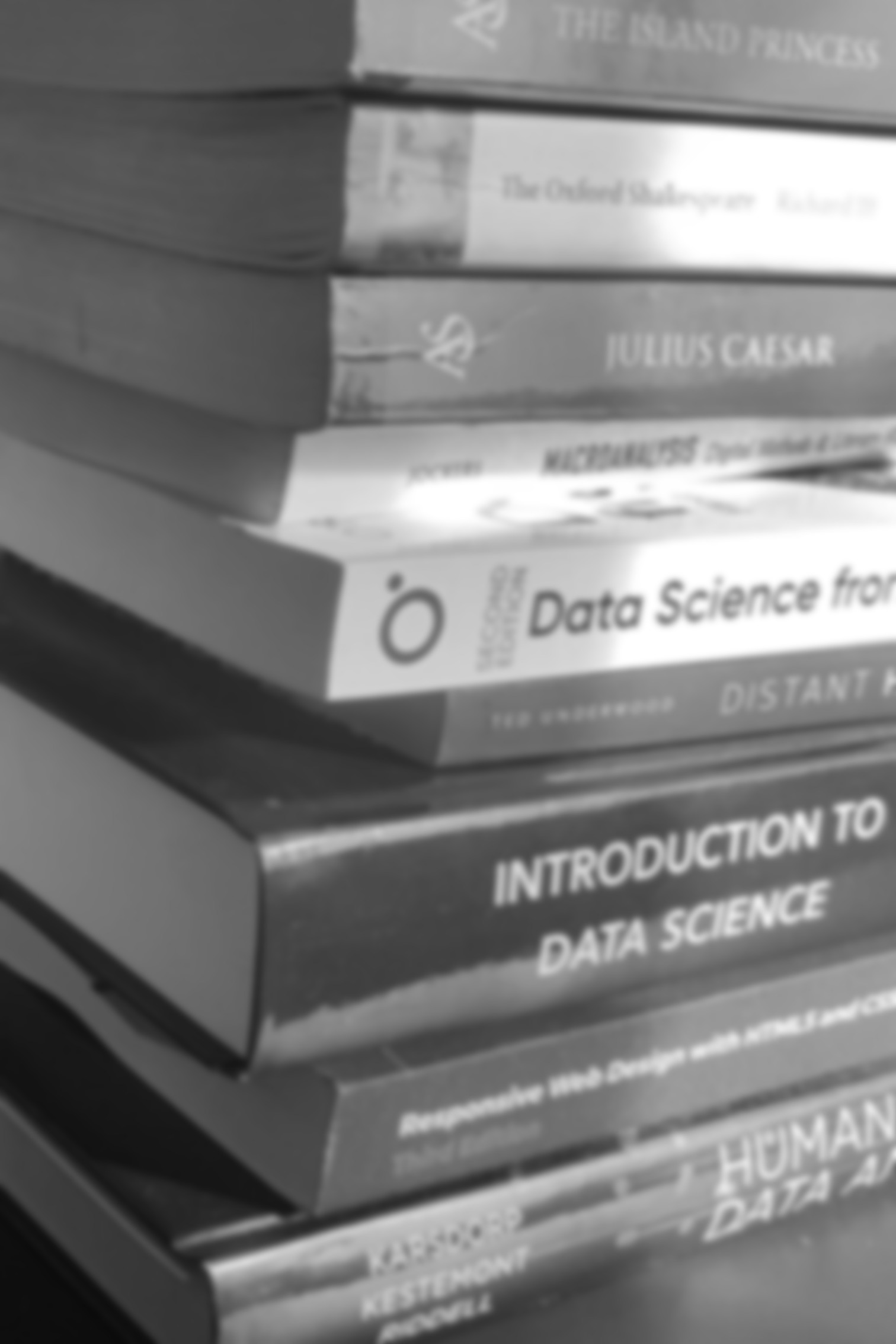 A monthly meeting to teach and learn computerised methods in the humanities.

There will be a proper list of recent publications here at some point, but for now, you can always go straight to my ORCiD.

I have done some sort of photography ever since I can remember: first as childish play with my parents' point-and-shoot, sans film of course, later graduating to actually being able to take pictures at special events and even, at least once, to take the cheap camera along by myself in a school trip to the zoo -- the result was a whole roll of fence close-ups.

When digital cameras became a viable consumer product, like everyone else, I moved to a world of low-resolution snaps. I got my first digital camera as a birthday present in my early teens -- a 5MP point-and-shoot HP. Eventually, I upgraded to a DSLR and, for most of my adult life, that was what I used to practice photography, mostly haphazardly but with a modicum of understanding of what was going on between light, glass, and sensor.

I returned to film photography only a few years ago, in 2019. I wrote a brief explanation of what led me to film photography in the introduction of an article I wrote for Emulsive.org (a review of one of my favourite film cameras, the Yashica-B) but, if you want the short version, this is it: I wanted to try medium format, bought a film camera, became hooked.

Since then, I have done all my Photography (capital "P") as well as most of my snapping, with a film camera. I own a total of ten film cameras, a mix between 35mm and medium format, including a couple of TLRs, a couple of rangefinders, a few SLRs, and even one folding camera. As objects, they are nice in themselves, but they all work (some more than others). I focused on black and white film at first for sensible economic reasons (usually cheaper), but grew to love the aesthetic and the fact that I can develop the film myself without great difficulty (it is, of course, also possible to process colour film at home, but the margin for mistake is much smaller). During the pandemic, I also built myself a small, precarious darkroom where I spend a few happy weekend afternoons printing my favourite frames (and by built, I mean blackening out a giant window everytime I want to turn the enlarger on).

I am no wiz photographer, I enjoy the process more than anything. But over the few years in which I have been doing this, I have created a few images that I am rather proud of: you can see those in my portfolio.